OUR MISSION IS TO ALWAYS POSITION OUR CLIENTS AS EXPERTS

& INDUSTRY LEADERS IN THEIR PARTICULAR FIELDS 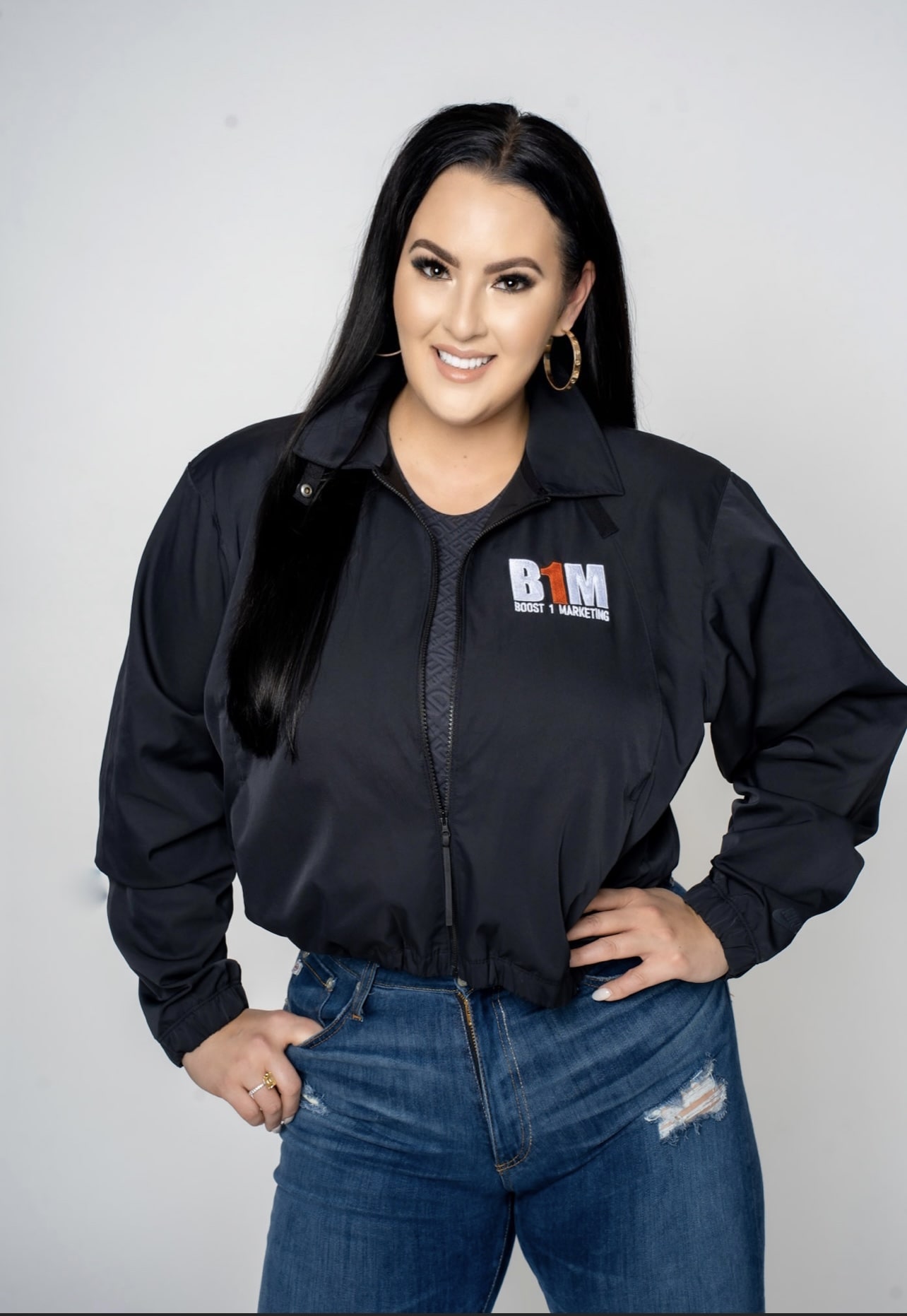 Sherrie Handrinos, owner of Boost 1 Marketing, attended both Michigan State University & Wayne State University receiving her Bachelor’s of Science Degree in Business Management & Marketing and also served on the executive board of her sorority throughout the course of her college experience. At the age of nineteen, and with only six months invested in the company Arbonne International, she became not only the fastest, but the youngest person to achieve the level of Executive Regional Vice President in the company’s twenty-three year history. Along with this great achievement, Sherrie was also recognized as one of the top twenty consultants in the United States for sales and sponsoring.

Sherrie is extremely connected to local and national media and has placed clients on national accredited shows such as NBC’s Today Show, Good Morning America, Pizza Today, CNN, Squawk Box, FOX Business, ESPN and more. Sherrie is an active member as the first female on board of the Detroit Sports Broadcasting Association in her hometown as well as other non-profit organizations throughout the country. She has also achieved national recognition in Collegepreneur magazine for being one of the nation’s most successful young entrepreneurs that established and grew her business while in college as well as being the first female to ever take the cover story in Spring 2008.

Handrinos works with notable brands such as the Turkey Leg Hut, Thirteen Restaurant, Jimmy the Jeweler, The Spot, KISS Restaurant, Twin Peaks Restaurants managing their PR and Community Outreach partnering the brand nationally with celebrities, charities and in the communities their brands are located in. B1M has over 50 corporate clients nationally including restaurants, doctors, attorneys, small and large corporations and celebrities.

Over the past 10+ years, Sherrie has helped raise over $15 million for various foundations and charitable organizations across the country. Upon reaching the level of success she has with her company, Boost 1 Marketing, she started her own foundation to help young entrepreneurs hoping to start a business, but do not have the financial means to do so. The Sherrie Handrinos Foundation, will enable others to begin working on their goals and dreams of launching their own business. 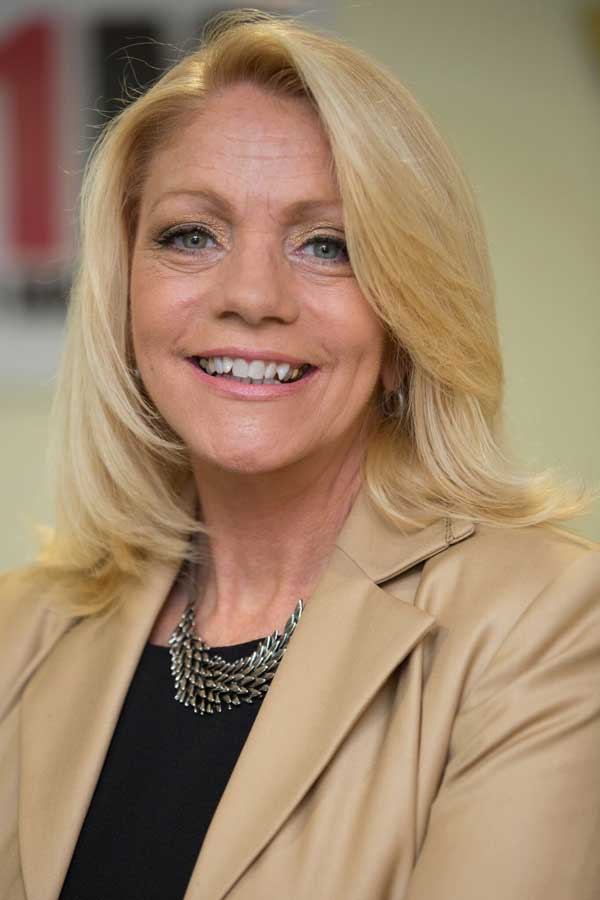 Vicki brings over 20 years of comprehensive leadership and experience to B1M clients. She spent 12 years with one of the nation’s leading telecommunications corporations, serving as an executive director, manager, and director of television programming, television production, marketing, public relations, and advertising sales.

Her experience as the Director of Marketing and Development for a non-profit hospice brings an in-depth understanding of a foundation’s mission and the need for successful strategies to help clients succeed in the competitive world of fundraising.

Vicki also has an extensive background in sports and entertainment. Prior to joining the B1M staff, she served as the Director of Corporate Sponsorships for a professional soccer team, and has spent several years working as a freelance television producer for CCHA and BIG 10 Collegiate Hockey, a field and segment producer for MLB and NHL Networks, and an assistant director for ESPN3 College Football.

She is the first female to serve as President of the Detroit Sports Broadcasters Associat ion in the organization’s 63-year history. Vicki has also served as a broadcast television Color Analyst, covering Women’s Big 10 and Mid American Conference Softball, as well as girl’s high school softball and lacrosse on Fox Sports Detroit, Comcast, and the MHSAA Network.

Vicki is a Michigan native with a Bachelor of Science degree in Telecommunications and Film, with a Journalism discipline, from Eastern Michigan University. 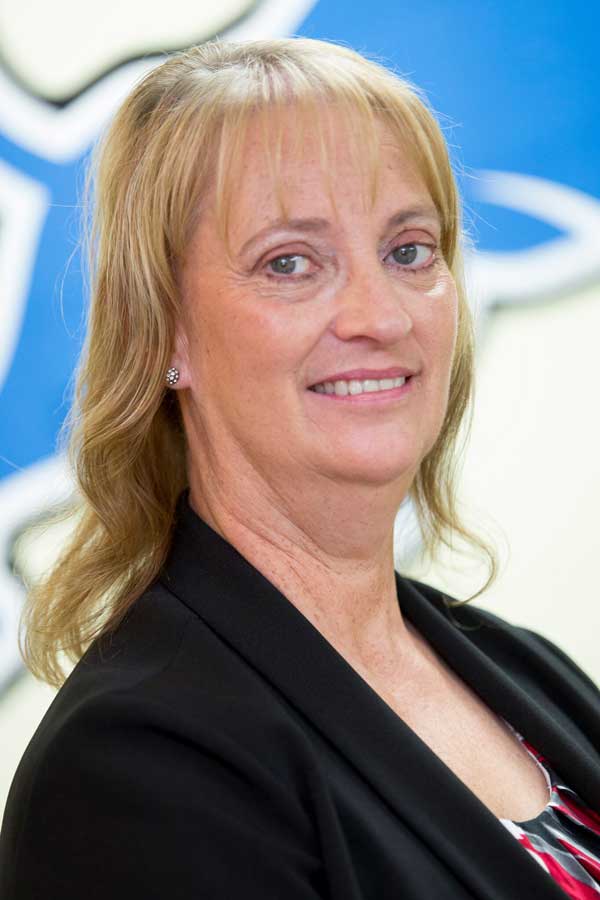 Mary Anne is responsible for directing and program managing several nonprofit foundations for professional athletes and corporate clients, researching and submitting grant applications, handling logistics and operations for events, growing community relations as well as creating new business. Over the past 13 years, her career has shared both the public and nonprofit arena.

Prior to joining B1M, she was the Service Operations Specialist/Scheduler, Patient Care Team at Hospice of Michigan, responsible for scheduling all Oakland County patient care disciplines, where she worked within the community along with hospitals, nursing homes, assisted care facilities, social workers and families to promote and market HOM’s mission and grow the business. Mary Anne graduated with honors from Wayne County Community College with Associate of Applied Science, Computer Information Systems.

She has revisited her academic pursuits for a Grant Writing Certification. She resides in Plymouth, MI with her husband David and 2 sweet dogs, Sparty and Breslin. 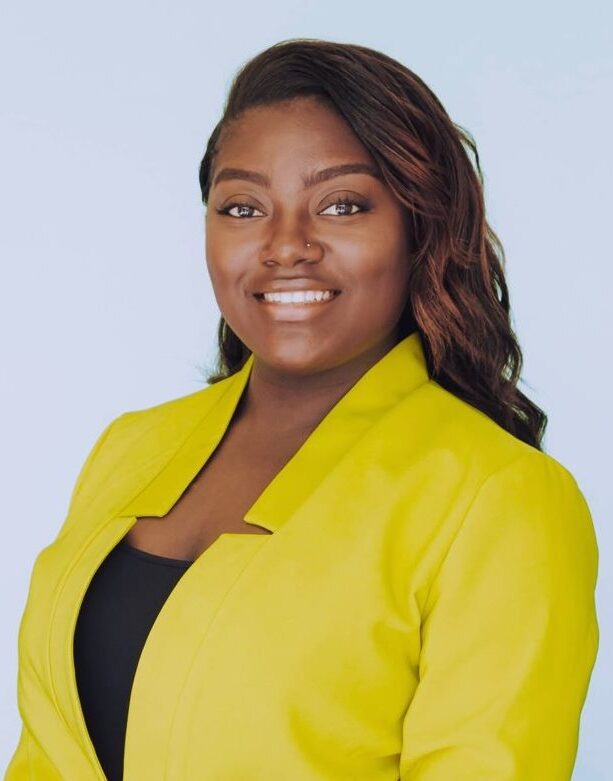 Phe Morgan “pronounced Phee as in Bee” is a multidisciplinary designer on a mission to push influential, feel-good and sustainable businesses to the forefront. Coined, The Brand Whisperer, Phe’s strategic and dynamic approach has crafted irresistible brand experiences for over 200 entrepreneurs, small businesses and corporations.

Morgan launched the black-owned agency, Pheelosophy, after graduating with her Master’s In Public Health in 2015. Phe spent the following years working with nonprofits that served communities of color both locally and globally. Shortly following, she began to pivot after consistently noticing a lack of creativity, strategy and amplification. The Houston native wasted no time applying her education in community building and marketing with her passion for design.

Phe has worked in various  industries including healthcare, beauty, real estate, food & beverage, entertainment, and more. She takes pride in working with those who are making an impact on the world and giving opportunity to the up-and-coming. Over the past 5 years, Phe has worked with and designed for Red Lobster, House Of Blues, several celebrity photographers, Influencers, Twin Peaks Restaurants, Turkey Leg Hut and many more.

Thousands of people have been positively impacted by our work.

We passionately help others through supporting organizations and building foundations.

We have accomplished Over 5,000 media hits.

We get our clients in the spotlight with news articles, TV presence, social media, & events.

Over 50 organizations have been branded from scratch & rebranded.

We make a cohesive image for  your organization.

We help clients throughout the Nation.

We’re Here To Boost Your Business!